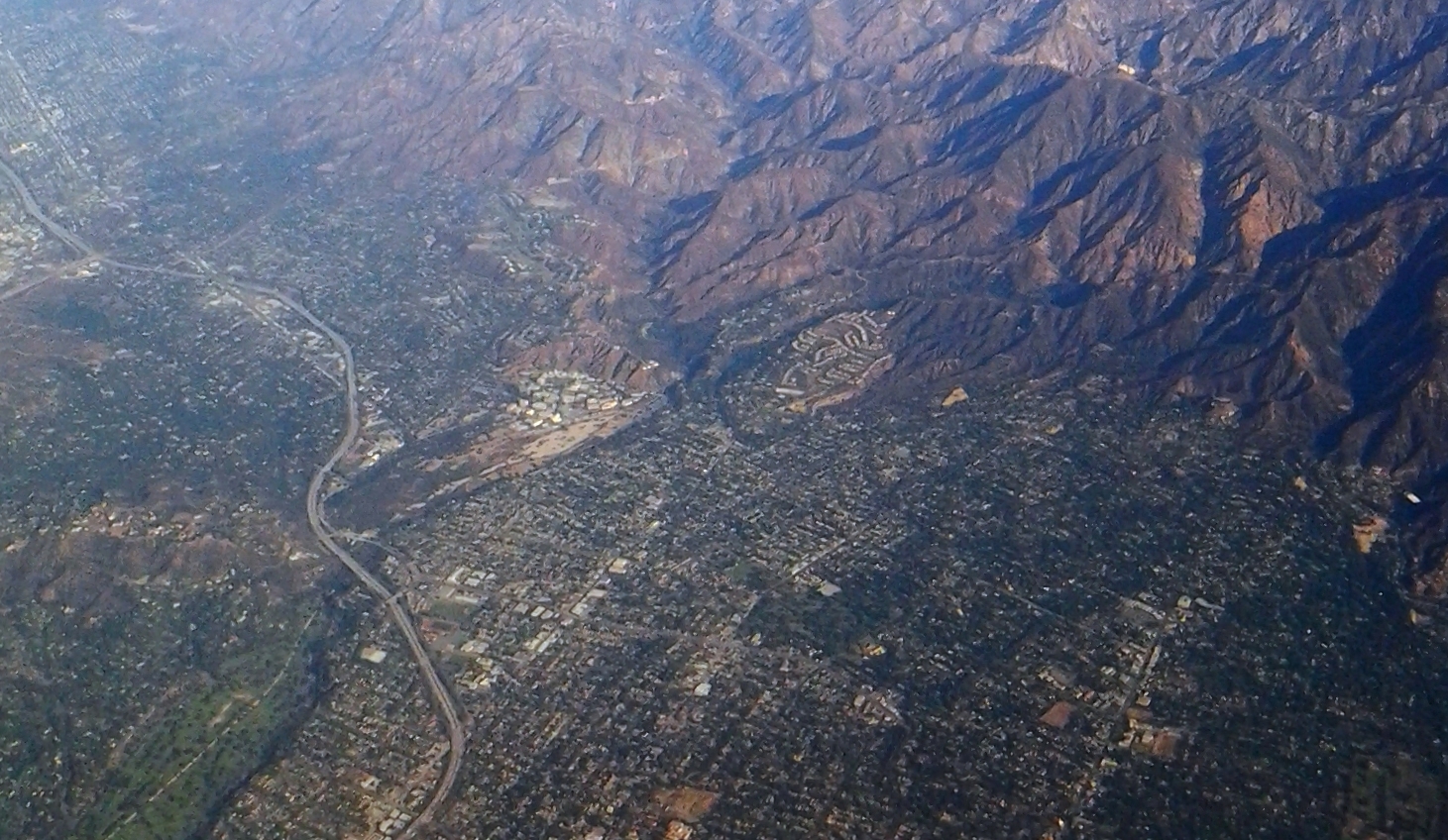 I always try to get a window seat when I fly. The birdseye view of the interconnectedness from roadways to rivers, dense cities to suburbs, farmlands, mountainous regions and the oceans beyond, all provide a glimpse of the vast network of life and it’s movement for miles and miles at a time. But on the ground it can be difficult to comprehend this perspective - and sometimes near impossible to see it when we need it most.

Uila’s customers have a similar challenge in their data centers. There are plenty of tools available to monitor one piece of the stack at a time, but because these tools are so specialized, they don’t do a great job of showing how everything is connected...or ‘interconnected’ like the birdseye view from an airplane window seat.

To solve this issue, “Application performance management” (APM) tools are used to monitor specific application health, but are unable to detect potential problems with applications and monitor application health across the full stack. This concern has become more important as applications evolved from two-tier client server to three-tier web applications. APM tools provide valuable insight that network and infrastructure monitoring tools cannot -- so much so that Cisco acquired AppDynamics for $3.7 billion in January 2017, and a few other similar transactions have taken place ever since. 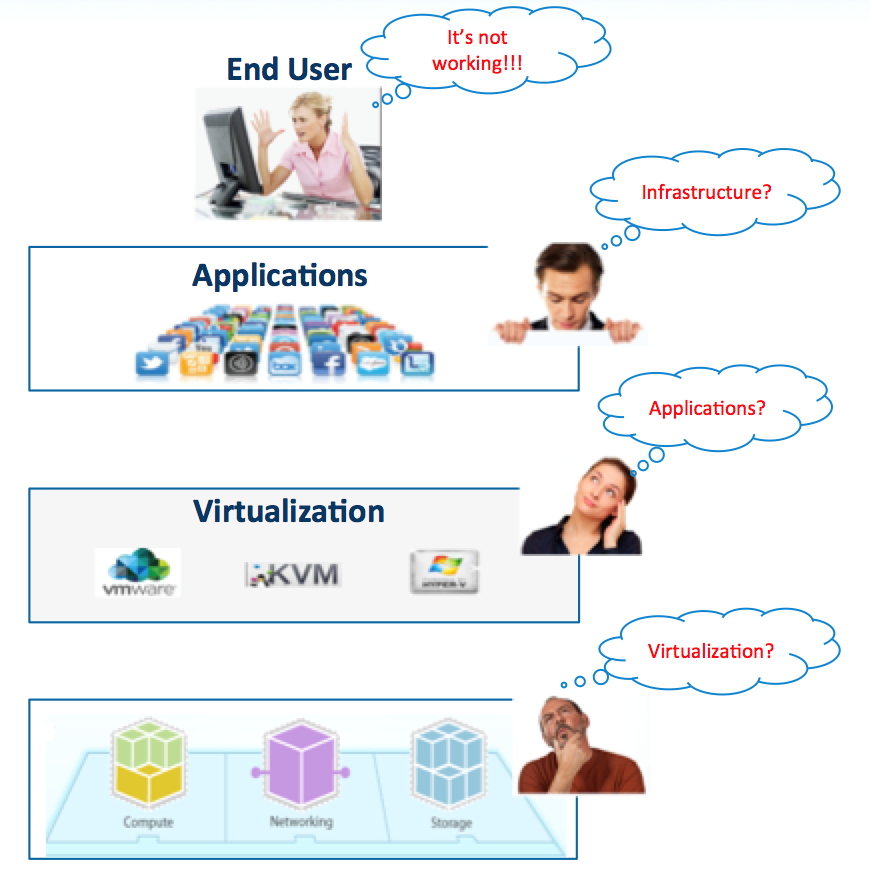 Even if you’re using APM, you may not be able to:

APM tools monitor application performance and alert you when there’s an issue with the application, but often stops short of revealing the “why” when the problem is with the underlying infrastructure. APM solutions can see app transactions (e.g. database queries, web services) but not infrastructure layer activity or bottlenecks. For example, in a virtualized environment, APM tools would be unable to identify a noisy neighbor on the same host or storage device as the potential root cause of a performance problem.

APM tools provide an application-centric view. That means they have limited visibility into the underlying infrastructure. This is particularly true in virtualized environments where the infrastructure is obscured -- and these days, the majority of servers are virtualized. APM solutions map out application-to-application component dependencies, but typically stop there.

3. Correlate problems across the full stack

APM shows dependencies within an application, between the various components -- web servers, application server, the database, and other software components. You’ll know if a particular web server is slow, but you may not be able to tell why. APM can only correlate problems within the application topology and servers, not across the infrastructure stack.

APM solutions can’t trace application dependencies on networking, neighboring VMs, hosts, or storage. If one application is creating a bottleneck within the infrastructure -- noisy neighbor on a host, overwhelmed switch or storage device -- leading to cascading problems with other applications, APM tools will tell you there’s a problem, but correlate the issue across the stack, so it can’t tell you where to look.

4. Determine if you need more (or less) infrastructure

You’ve probably only deployed  APM to monitor key servers, not all of the application servers and VMs in your data center.  Even if you have deployed APM on most servers, it doesn’t show aggregated infrastructure resource usage and analysis by all servers and VMs. Since APM can’t tell you much about your infrastructure, it can’t help you plan deployments or right-size your data center. Do you need more CPU, memory, or storage for a particular application component? Can you reassign resources from an application that has more storage or CPU than it needs? APM can’t tell you.

APM can also take time to implement to get the most out of it, as this blog points out. First, as I mentioned earlier, it requires agents to be installed on application nodes -- something IT operations teams often don’t have the ability to do. To get real value out of APM, you also have to spend a lot of time upfront to build business logic and rules. In some cases, you’ll also need to insert code into applications. This only works if it’s your application (rather than a packaged application), and even then, it something that can take a lot of cycles by your developers.

APM solutions provide meaningful data for application teams, but leave infrastructure teams in the dark. Infrastructure monitoring solutions also lack visibility into application performance. The end result -- root cause, troubleshooting and even planning meetings can be a painful process. Different IT teams have siloed information and have to reconcile information manually. The natural result is conflict and disagreement over what to do.

In turn, you can use a full-stack infrastructure monitoring solution such as Uila to narrow down application performance root cause by ruling out underlying infrastructure issues, then dive deeper with an APM tool for problems lying deep within the application layer. In addition, with Uila’s application awareness, you can readily pinpoint application bottlenecks among large-scale and multi-tiered applications, which you otherwise couldn’t identify.

APM becomes your specialized sharpshooter - a zoom lens to identify very specific problems within an application. And when combined with Uila’s birdseye view across the entire landscape, you’ll see every roadway, city street, river and mountain trail necessary to connect the dots to see the whole picture instantly.

Please get in touch directly with us or if you like to see a demo or run a complimentaryfull version trial of Uila’s solution, fill out the form at the bottom of the page - and fly overhead together!

Uila's CEO and co-founder, Chia-Chee Kuan, may be reached at: (408) 819-0777, or by email at: chia-chee.kuan@uila.com. Please also follow his and all of Uila's posts on social media: Twitter, LinkedIn, and Facebook.